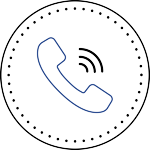 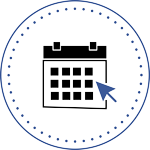 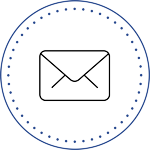 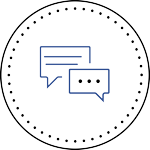 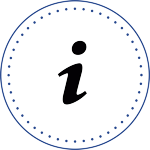 Feel Confident with your Legs Again!

If you are searching for a Vein Treatment Center in Houston, TX, we can show you how our Spider Vein and Varicose vein doctors in Houston can help. Vein Treatment Tx offers the latest minimally-invasive treatments to treat your vein disease. Take the first step towards regaining your confidence by booking a consultation with our medical clinic.

Book your appointment with us, your local vein treatment clinic, to speak with our vein doctor!

Give Us A Call!

Have A Question? Chat with Us!

What Makes us one of the top Vein Treatment Clinic?

We have some of the most caring and compassionate vein doctors.

At our spider vein and varicose vein treatment clinic in Houston, we go to great lengths to make sure that all physicians in our organization learn each procedure at the same high level of skill.   Our national Medical Directors are Harvard-trained leaders in the field.  We have a thorough vetting process to ensure that all of our doctors offer the highest quality of service.  In addition to that, we encourage all of our doctors to stay abreast of the latest developments in the field of vein treatment so that we can bring you the latest and safest treatments.

We stay up to date with the latest innovative and some of the best treatment options for Varicose Veins in Houston. Most varicose vein treatment Houston is covered by major medical insurance.

We Care and Curate a Treatment Plan Just for You

Our vein doctors care about the individual – ‘you.’ There are a number of minimally-invasive treatments available for vein disease but different individuals have varying responses to different techniques used to treat veins. At Vein Treatment Clinic, our vein doctors use an evidence based approach to make sure that you get the latest and most innovative approaches to provide one of the best treatment for your spider and varicose veins.

At Vein Treatment Clinic, our vein doctors take the time to personally examine your condition and get to know you and your medical history.  We are incredibly friendly and they answer all of your concerns and questions with patience. This allows us to curate the perfect treatment plan for you.

We are one of the top varicose vein and spider vein treatment Houston centers.  Our vein center Houston offers modern and state-of-the-art medical solutions.

Visit our vein center to treat your spider veins and varicose veins today!

I was absolutely 100% pleased with my whole experience. The staff were very nice and made me feel comfortable . I was extremely impressed with the results as well.

Good experience all around. The staff was very helpful and friendly and was not uncomfortable whatsoever.

Has an amazing staff that is very efficient and helpful!

Great experience all around. Thanks for everything!

It was a great experience and it all went smoothly will recommend to anyone.

Best surgeon I have ever had. Professional, clean, friendly. Quick recovery time and made the procedure as painless as possible.

Say Goodbye to Your Vein Disease!

Every appointment is less than 1 hour!

A medicine called Sclerosant is injected into the damaged vein to seal it closed.

Thermal energy directed via a catheter treats the affected vein.

Varicose veins are treated with a pre-made solution of sclerotherapy foam.

Laser energy irritates the walls of the affected vein and closes it down.

We treat all our patients like they’re our only patients. Our vein doctors listen to your problems and examine your medical history to make a treatment plan that’s meant just for you. They actively seek minimally-invasive treatments that conclude within an hour.

For a quick and easy vein removal near me, visit our vein treatment clinic. We offer minimally-invasive and painless procedure.  We are your local vein center near me.

Regain your self-confidence and say goodbye to those spider veins! Book a consultation at our vein treatment clinic in Houston today!